Most investors have at least heard of Warren E. Buffett.

He is the actual founder of Berkshire Hathaway. (originally a textile company but Buffett rebuilt it as an investment company)

Buffett is also highly respected in the United States as a businessman.

There is no doubt that Buffett is in the investment sphere. With the pocket money they amassed through newspaper delivery and other means during their teens, the “investment skill” “super rich” that at one point competed with Microsoft’s Bill Gates for No. 1 in the world’s billionaires, is so good that many people hope to master the “Buffett flow” somehow.

Here’s a look at “Buffett flow”.

Buffett, for example, is adamant against the “stock option” system. The Berkshire Group will not adopt any of these systems unless the acquiring company originally had one. He even denounced the incident by saying, “Stock options are an act of encroaching on shareholders’ pockets.” = “thief” which caused a big controversy in the U.S.

*Shareholders pay when they buy shares, but can only managers and employees get them for free?

*If managers want to get a higher reward, they should get a clear assessment salary instead of an obscure stock option.

*Without clarifying who and how contributed to the company’s development, can executives and employees receive high compensation simply because stock prices soared during the bubble economy?

*If managers make current profits at the expense of the future development of the company, stock prices will rise and they will make profits from stock options.

That’s what I mean.

It is not worth paying a helper.

“Letter from Buffett” (All but the earliest ones are available on HP.), which has a history of more than 50 years, says that “It is not worth paying a helper.” for quite a long time.

Buffett means “outfield” such as “bank” “Securities” “critic” and “Analyst”.

He also sarcastically said, “You can see how easy it is to play baseball in the broadcasting booth.”. Baseball commentators talk about how the team’s players can be assured of victory if they play as they want.

But it is easy for a sensible person to know that a coach or a player cannot win by following the instructions of a commentator.

It is surprising that there are so many people in the investment world who play (Investments) believing the story of the helper (outfield).

Buffett, who, like his aides, has been outspoken about the performance of mutual funds and funds, has had to “Game = Bet” with the fund’s bigwigs in reaction to his comments, which are reported in “Letter from Buffett”.

The bet was a real $1 million bet against a fund manager in 2007. In fact, he managed the stake in Berkshire for a number of reasons, leading to $2.22 million. But it’s a small sum for Buffett.

“Letter from Buffett” released at the end of February 2018, also mentions the bet (game).

If compared to Berkshire’s performance, the results are disastrous.

Buffett is quick to conclude that mutual funds and funds do not exist for investors to increase their assets, but for fund managers and operating companies to cram cash into their pockets for fees, regardless of their performance.

Of course, the same is true for the “advice” of the helpers, who are not rewarded by investors.

The “Letter from Buffett” in the past also touched on inheritance (will to the second wife), but all but cash and U.S. Treasuries are directed to be managed in a cheap S & P 500 index fund. Index funds are managed in the same asset composition as major indexes, such as the average stock price and bond index of each market, and aim for performance linked to the index.

Why is an index fund better than a general fund? In general, investment trusts bear a heavy burden of commission fees, and in the case of funds of funds, in particular, double commissions are underpaid.

In the first place, it is more “The monkey is superior.” than the fund manager’s investment ability. This is confirmed by behavioral economics.

He received the Nobel Prize in Economics in 2002 for his book “prospect theory” and was introduced by Daniel Kahneman, a leading authority on “behavioral economics” in his book “Fast & Slow”.

Based on 50 years of data he describes in the book, investment managers perform worse than dice. At least two out of three investment trust funds were underperforming.

In other words, it is better to have a 50% accuracy rate when it is left to monkeys or operated by a coin flip.

A study conducted by Kahneman on the performance of 25 managers at a financial institution over an 8 year period found that “The correlation coefficient for 28 pairs of years 1 and 2, 1 and 3, 7 and 8 was 0.01”.

It’s pretty technical, but the bottom line is that there’s no correlation between these performance numbers, meaning that the skills of the people in charge have no impact on performance.

Kahneman actually reported his findings to the financial institutions that provided the information, but received more cold treatment than “When I reported to my chaplain, ‘God has proved to be nonexistent.'”. For companies that sell mutual funds, “truth” is just an obstacle.

Fund managers in particular are highly paid. They have no choice but to ignore opinions that feed on their own, or crush them in a witch trial.

Stock-Linked index funds, on the other hand, can be held at ease as long as the market price of U.S. and Japanese stocks continues to rise in the long run, and are not burdened by the skill and high fees of fund managers.

U.S. stocks have clearly risen historically and Buffett is confident they will continue to rise. That’s why Buffett’s will instructed him to buy stock-linked index funds other than government bonds.

Should I manage it myself?

Terry Odeen, a professor of financial engineering at the University of California at Berkeley, surveyed 10,000 customers (163000 transactions, many of them male) of a securities firm and found that when an investor sold his or her existing A share and used the proceeds to buy a new B share, the A share he or she originally owned was 3.2 points higher than the B share he or she newly bought. As stated above, fees are separate.

In short, it would have been better to hold the first stock without thinking about it.

A joint study with his colleague, Brad Burt, confirmed that “On average, the most active investors (There are many transactions.) lose the most, and those with fewer trades gain the most.”. As Buffett argues, the more you buy and sell, the more you lose.

The study also shows that men are more often engaged in “useless ideas” and that, as a result, women invest more than men. This agrees with my observation.

Sure, it’s better to do the “long-term investment” yourself than to buy a mutual fund, but it’s not as easy as it sounds.

Buffett warns, “Don’t invest in people who don’t want to study.”. In investment, just because you’re a beginner doesn’t mean you get a golf handicap. In fact, toddlers are the best ducks.

Buffett’s favorite joke is “play poker for 30 minutes and if you don’t know who the duck is, you are the duck” but “Products for beginners” is the most dubious. Such a thing cannot really exist, it is “The Kamo-sama’s party has received the letter.”.

In the first place, we should not forget that financial institutions sell products to other people because they believe that investing by themselves is not profitable.

Can you beat the residents of Graham?

Many readers might want to say, “So what about Buffett? Doesn’t he have outstanding operational capability?”. That’s right.

Buffett’s performance is phenomenal, and his direct apprentices to his master Benjamin Graham, his fellow apprentices, who, unlike Buffett, retired after becoming millionaires, for a period of 10 to 20 years, has left him on par with Buffett’s.

However, we rarely have the chance to meet such excellent “fund manager” and if we do, we have no means to evaluate them.

There are plenty of documents to assess a company’s performance, including its financial statements, but none of them are for fund managers. Especially in Japan, there are many cases where it is not even known who is operating it.

Of course, if you’re a “I am willing to study.” investor, you can do it yourself. But the typical day for Buffett is as follows.

1) I wake up in the morning to read the Wall Street Journal and other newspapers. Buffett doesn’t use the Internet much.

2)I spend the whole morning reading the financial statements and reports of several companies.

3)After lunch, he spread out the books piled high in his study and read (something related to investment).

It’s easy to see how much you have to learn when you have to fight without a handicap with investors who have been doing this for at least 60 years after college.

If you still want to take on the challenge, I would like you to devote yourself to investing and work towards a second Buffett. There are definitely investors who will keep winning.

If you don’t want to do that, and you want to invest in a side project, Buffett and I recommend index funds. 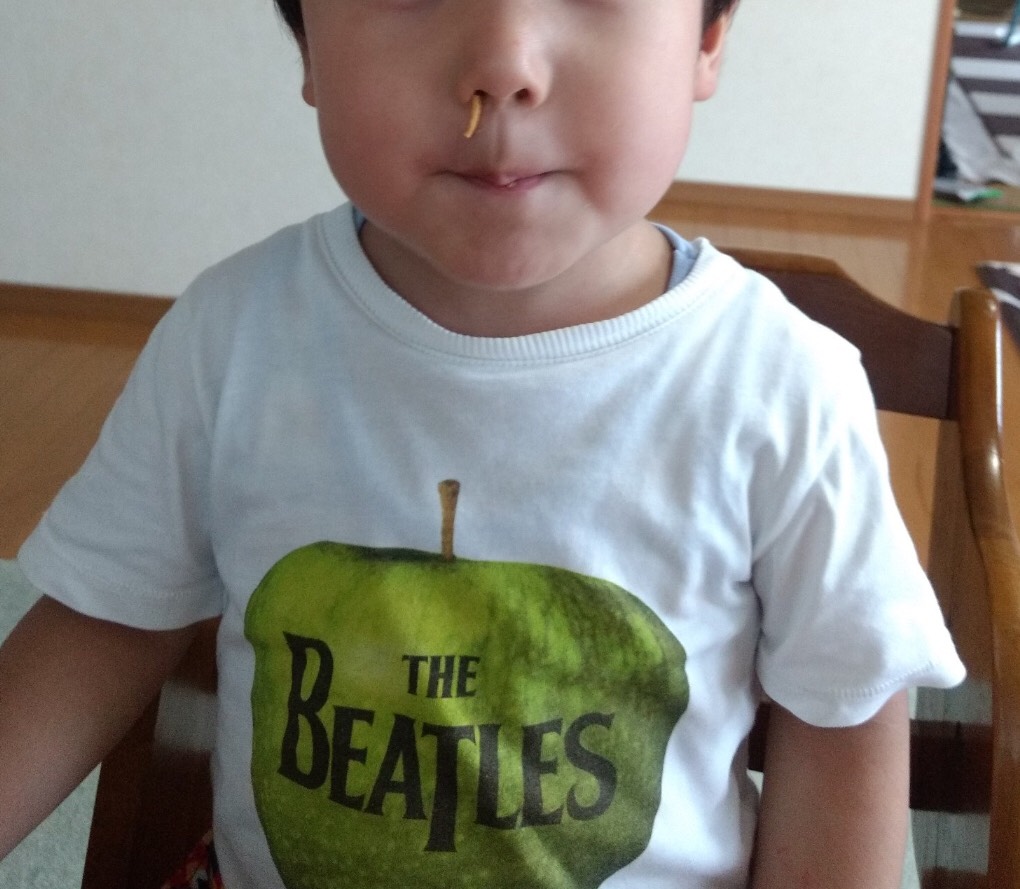